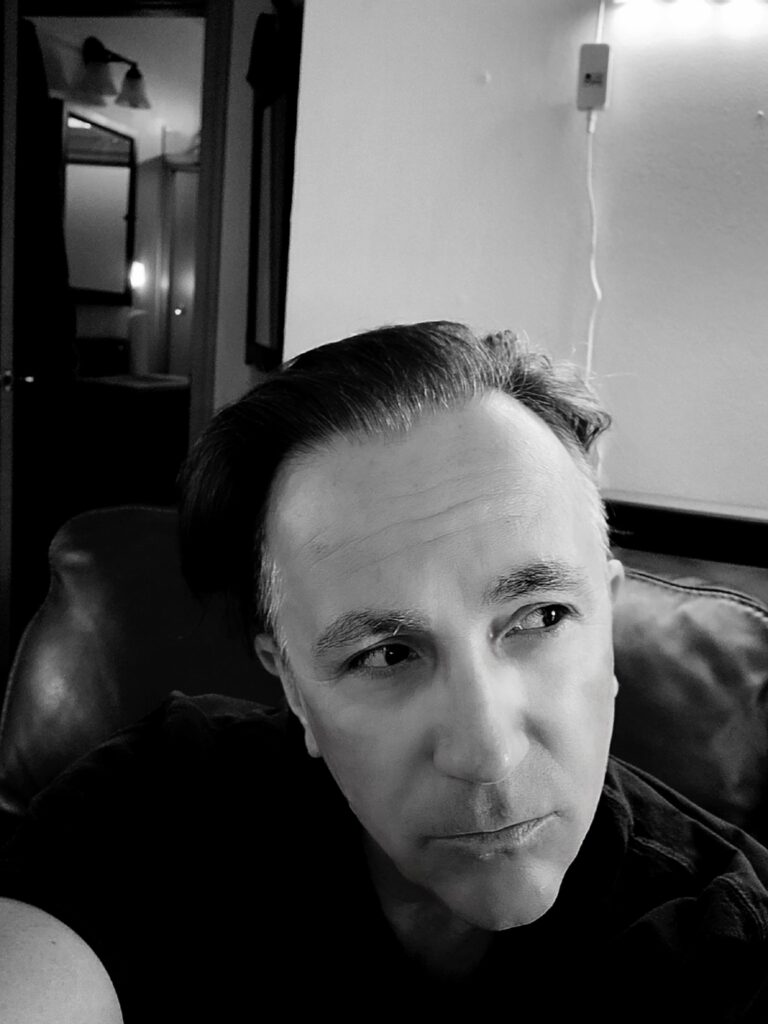 Don­nelly, win­ner of 2 PAB Awards (Pennsylvania Broadcast), 2 Sil­ver Telly Awards, 2 Emmy Awards (Mid-Atlantic), nominated for an Emmy in 2021, 11 Addy (Adver­tis­ing Awards), and 1 Iris Award brings his cre­ative exper­tise from 20 years of tele­vi­sion, video com­pres­sion, and a pio­neer of pod­cast­ing. Don­nelly has a back­ground in tele­vi­sion, videog­ra­phy, radio, pod­cast­ing and app development. He started his career at WNEP-TV, New York Times, working his way up to Producer for PM Magazine. During that time Donnelly produced video for Harvey Weinstein and brother Bob Weinstein, Miramax Films, early in their career for their film Playing for Keeps (1986) (produced by Miramax but distributed by Universal Pictures) which aired on MTV. A then little-known Marisa Tomei has a supporting role. He was pro­mo­tion man­ager for an NBC, producing video pro­mos with Jay Leno for NBC Affil­i­ates. Donnelly later produced videos for the band The Badlees A&M Records, and featured an interactive video on their CD (Up There Down Here (Ark 21 Records, 1999) He later found a new career as a video compression-ist at Ritek Studios now Digital Deluxe, working on such DVDs as Shrek, Artificial Intelligence and Jurassic Park 3 , Spy Games and American Pie. “Illu­mi­nat­ing Angels and Demons” DVD, and “Look­ing To The River” (PBS Doc­u­men­tary) show­cases his videog­ra­phy expe­ri­ence and talent. Donnelly started New Media Business with Jerry Seltzer. Seltzer was the second and final owner of the original Roller Derby league Seltzer founded BASS Tickets, a San Francisco Bay Area concert ticket service. Later, he was a vice president with Ticketmaster. In addi­tion­, he was a tech­ni­cal direc­tor for live tele­vi­sion shows, Don­nelly recently co–pro­duced the first instruc­tional DVD video for 3 time grammy win­ning pro­ducer Narada Michael Walden & Drum Chan­nel, DW Drums. Donnelly also created PetsOnBoard.com started one of the first online pet adoption sites in 1996 with local Society for the Prevention of Cruelty to Animals. Pets On Board™ was one of the first online pet adoption websites of its kind. The story was featured on NBC, and since then, the website has continued to give sheltered pets a second chance at a new life. Video Archive NBC News Feed 1996. For His Love of Pets, and inspired by his 12 and 13 year old spca rescue dogs, Nikki and Dempsey, he created PawShow.com, YouTube For Pet Site, PBS.org mentioned in story as one to watch. PODCASTING MadPod podcast started in late 2004 as madlymedia, later changed to madpod in January 2005. New Media creator and producer James A. Donnelly, features a weekly celebrity Interview from Musicologist Shadoe Steele. MadPod is a global podcasting [1] phenomenon, having subscribers in nearly eighty countries. Traveling to New York City and joining the [2]NYC Podcasting Group, with such member as Meetup.com co-founder Scott Heiferman, Frank Edward Nora- The Overnightscape and Rocketboom's creator Andrew Baron. and former host Amanda Congdon, and Blip.tv Founder Mike Hudack. MadPod.com produces a variety of podcasts, including:PetsOnBoard, Dummycast, video podcast and Techy2. MadPod producer Their show was one of the first to become part of Adam Curry's PodShow network, which at one point carried Dawn and Drew over Sirius Satellite Radio. An early adopter of social media, Don­nelly has sev­eral years expe­ri­ence in app devel­op­ment, tak­ing his apps to the top ten charts on iTunes in mul­ti­ple coun­tries. EARLY YEARS In the early days Donnelly was the original bass player for the band Synch formed in 1985, with Jimmy Harnen as the drummer. The band's other members were lead vocalist Lou Butwin, guitarist Dave Abraham, bassist James A. Donnelly (who is currently a prominent figure in broadcasting and podsafe music movement[1]), and keyboardist Chuck Yarmey. Although not the "official" lead vocalist for the group, Harnen was afforded the chance to sing lead on his own composition. "Where Are You Now" was first released on the independent label Micki Records in 1986. After receiving local airplay in the Wilkes-Barre market, Synch got signed to Columbia Records, and "Where Are You Now" was re-recorded and re-released as a single, later also appearing in a live version on Synch's lone album, ...Get the Feelin'. By the time this album was recorded, only Harnen and Yarmey remained from the original line-up, with Harnen now the lead vocalist.[2] The single only peaked at #77 on the Billboard Hot 100, leading to the band being dropped from Columbia. EXTRA Madlymedia’s success can be attributed to the fact that podcasting is an extremely successful means of reaching the public. Donnelly is such an authority in the field of podcasting that he has been quoted and mentioned in Tricks of the Podcasting Masters by Rob Walch and Mur Lafferty. In addition he was a contributing author for Extreme Tech's Videoblogging book Also, 6 months prior to releasing channels to the public, Google/YouTube contacted Donnelly and offered Partner Channels for his project PawShow. He has been on multiple panels at Podcast Expo and conferences.
Madpod.com - Podcasting Site MadlyMedia.com - App Site PetsOnBoard.com PawShow.com
Read more ⇨

We are ready for any challenges